I start with a clear statement: parsley soup with smoked pear is not for everyone. I don’t mean the level of your taste’s sophistication. Simply, it depends on one thing: do you or don’t you like dried fruit compote. I’m not sure if you ever tried it, because it is a traditional Polish drink served for Christmas. Nevertheless, I believe, people divide into two groups. Those who love dried fruit compote and those who truly hate it. They hate this drink so much, that even mentioning it to them, brings scowl to their faces.

So if you experienced weird feelings after mentioning dried fruits compote, you probably will not  love this soup (maybe you are closing this page right now). But there is always slightly possibility that when you taste it, you admit, dried fruits are not that bad at all. Maybe you won’t become dried fruit compote  fan, but you enjoy eating this soup.
But why I decided to make parsley soup with smoked pear? Why I didn’t stick to the classic taste and chose regular pear instead this wrinkled, brown one.
Well, mainly because I’m dried compote lover. I think I like this compote that much because of odd combination of tastes. Sweet, fruity taste is mixed with smoked aroma, which in my opinion balance each other perfectly.
So why use this special taste combination only for compote, which is cooked only one a year? Why not to buy those beautiful, wrinkled smoked pears and add the to other dishes?
Parsley soup with pear is already a winter classic. Replacing regular pear with smoked one is making this soup perfect for Christmas table. Classic dish on Christmas taste the best. I couldn’t agree with it more. But I also think that adding some innovation to traditional dishes is a really good idea. Parsley soup with smoked pear is a perfect choice for merging tradition with a pinch of modern touch (and chili)
So, would you try this Christmas version of parsley soup? 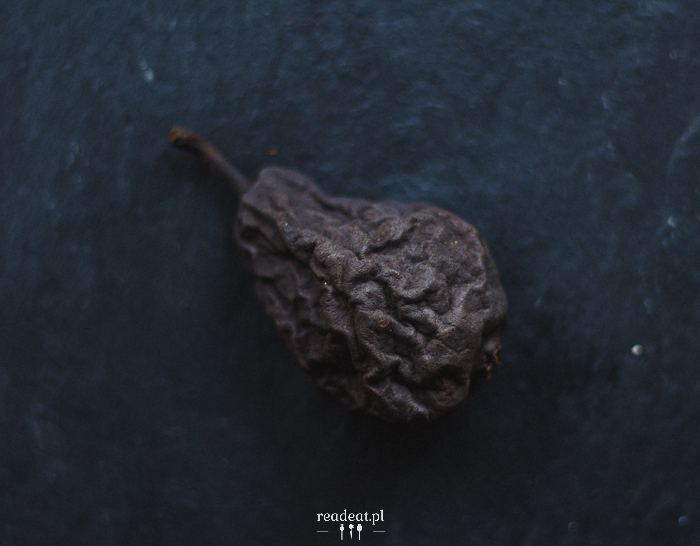 1. Peel the parsley and slice it. Slice the leek. Cut pear in half.

2. In a large pot heat the canola oil. Add leek and parsley. Add pinch of  cinammon and nutmeg. Cook for few minutes. Add stock and put a pear. Bring to a boil. Cook until parsley is soft. Discard the pear. 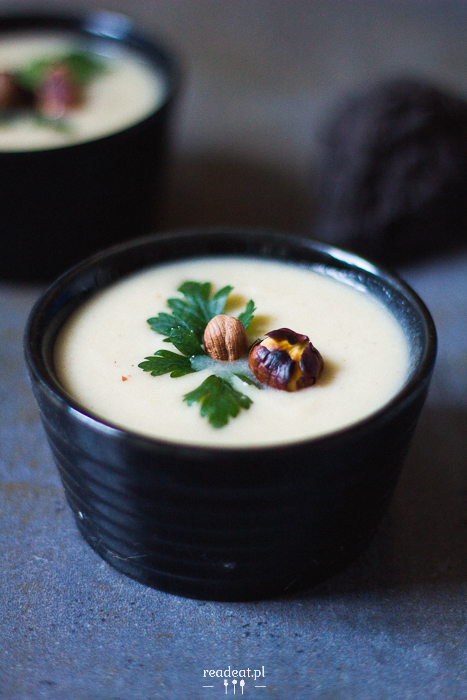 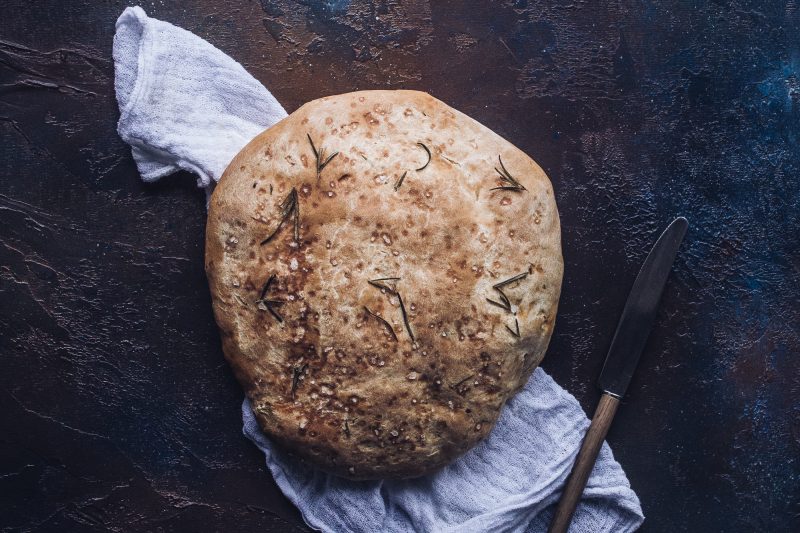 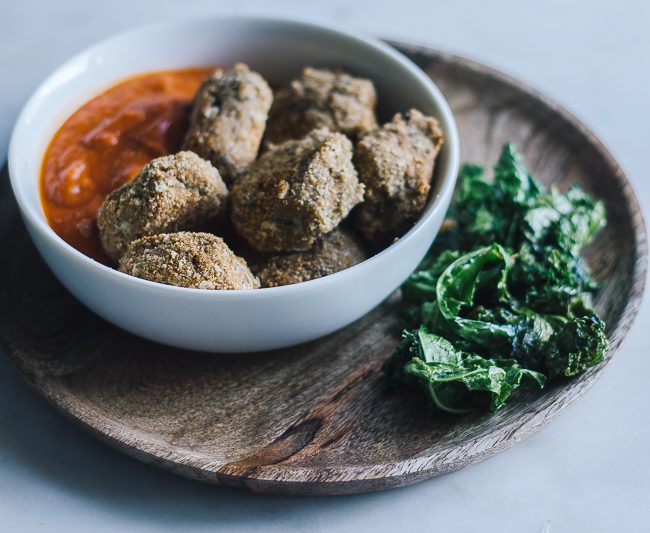 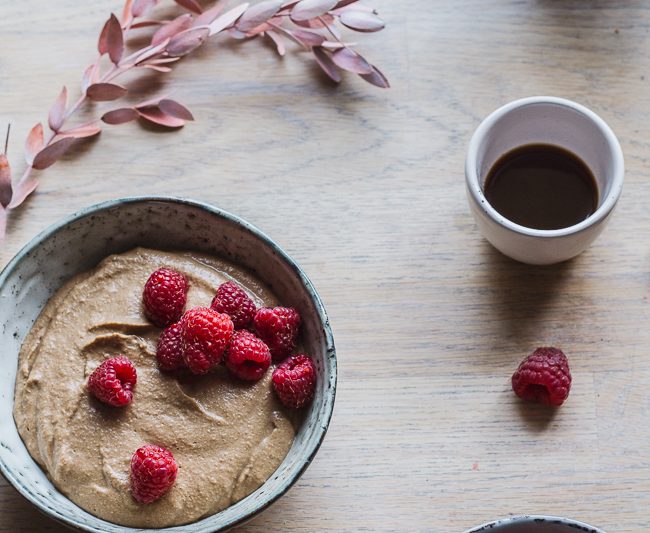 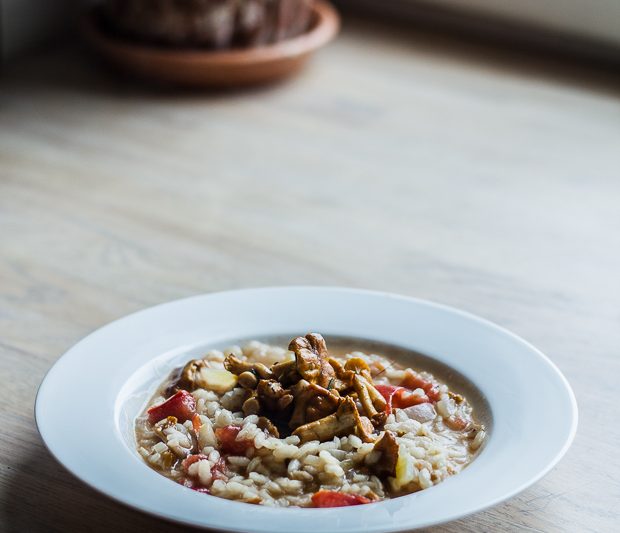 Risotto with chanterelles and tomatoes 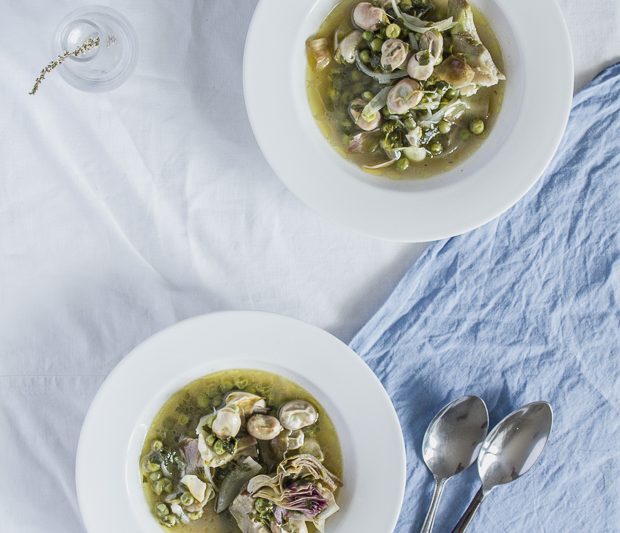 Frittedda, Sicilian spring in a bowl 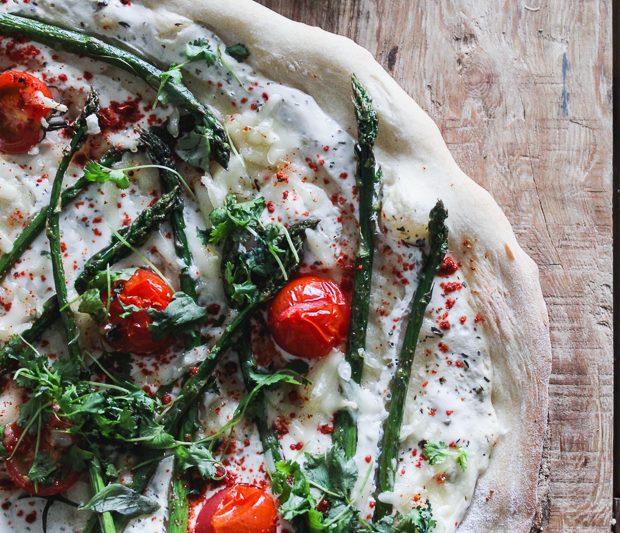 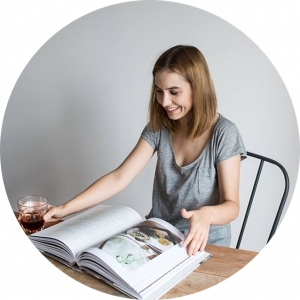